The wrong way to get what you want

Today, I am going to share the wrong way to go about getting what you want. And the right way, too. Skip to the bolded part if stories bore you.

All through my 20’s I struggled. I had no clue how to make the best use of my creativity. I had a lot of different talents and I was passionate about SO MANY things that didn’t seem to relate to one another.

I was desperate to put this creativity into something, but it felt impossible to get people to know who I was. All the while, I was insecure about my talent and intelligence.

As a result, I spun my wheels and struggled with a cool cocktail of depression and anxiety.

What I didn’t realize at the time was that I was a classic STOPPY STARTER.

A Stoppy Starter is someone who has a big idea, gets super excited, goes after it for a little bit (without much of a plan), meets a little resistance and then gets distracted by a new, shinier idea. (Sound familiar? Winkedy, wink.)

On top of that, I couldn’t make a decision to save my life because I was SO afraid of being locked into something I hated.

(Being locked in when you are a free bird like me feels like choking on hair. Maybe you can you relate to this, too?)

Cut to 4 years ago, where I figured out all the things I was doing wrong and applied some very simple solutions.

The solutions allowed me to book roles on shows like The Sopranos, start a successful business from scratch, and overcome eating shame that plagued me for years.

Around that time, I also created Magical Manifesters.

And invited a group of rebel, badass creative folks to join me.

I lead the group.

I listened and I learned.

I realized that getting what you want, AKA FUFILLMENT, is not about FILLING your life with a ton of to do’s.

It’s not about starting relationships with people only because you THINK they might be able to help you, when in reality, you can’t stand them.

And it’s not about playing by anyone else’s rules, trying to replicate what they did because it worked for them. That’s your own BS fear.

Plain and simple, getting what you want is about no longer buying into the illusion that you aren’t good enough.

Plain and simple, getting what you want is about no longer buying into the illusion that you aren’t good enough.

It’s about knowing your worth and not being afraid to ask for actual money, the green stuff, for your time and your talent.

It’s about building your own door when no one is knocking on the one in front of you.

It’s about making plans, taking actions and then knowing when non-action (aka getting a freakin’ massage) is the most powerful action you can possibly take.

Listen, I’m gonna brag for a second, so prepare thyself.

There is a reason why the women in my mastermind group always said I had a magic wand. 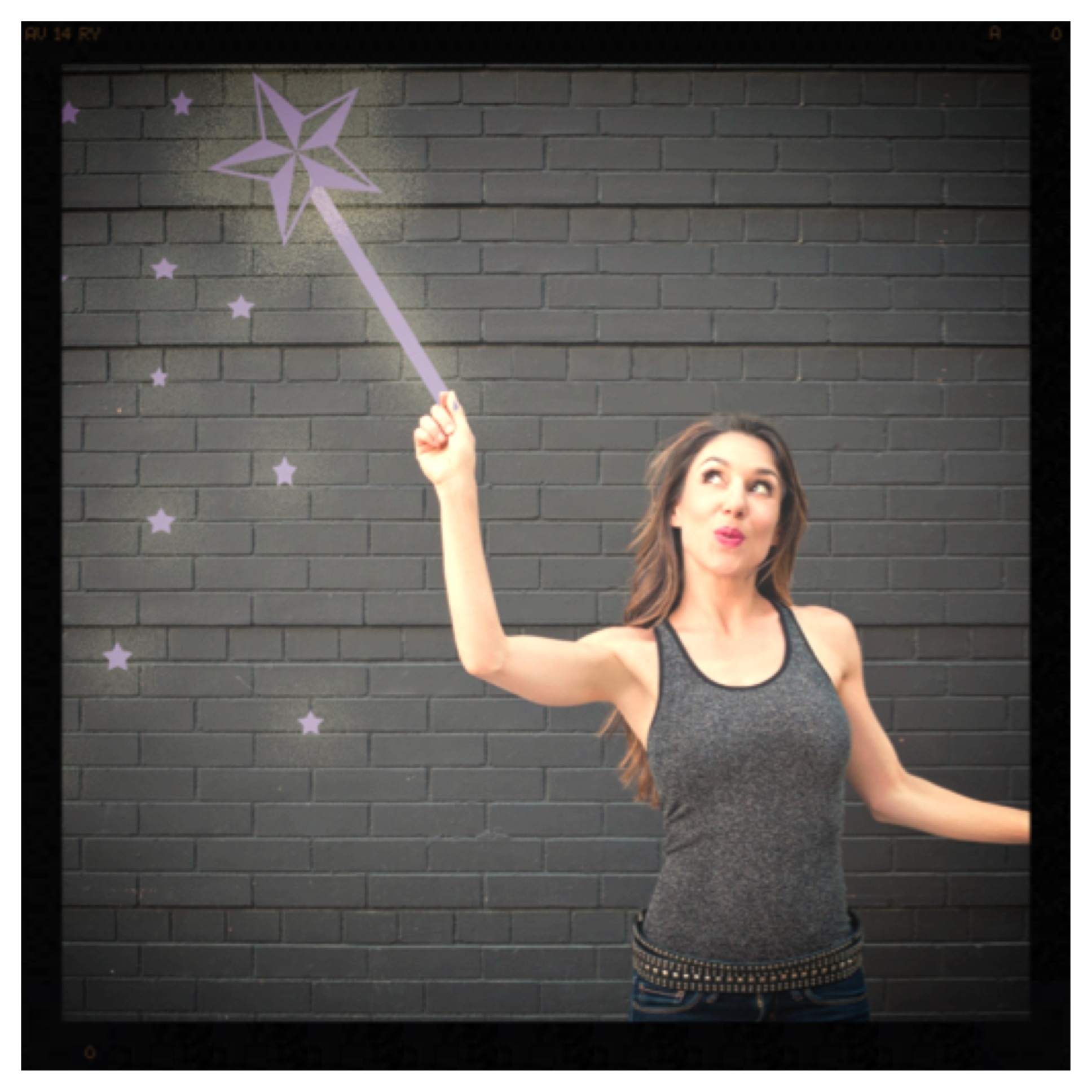 After spending time with me and sharing their ideas and desires, I was able to drill down to the root of the desire, offer simple shifts, simple actions, and poof, they always ended up getting the thing they most wanted.

Hence, they believed I had a magic wand. Cause it felt so damn easy.

And I am going to tell you why it happened and happens time and time again.

It’s because I leanred how to both stand in my power, all glorious and imperfect, while simultaneously letting you stand in yours, without feeling intimated by the startling bright light that is emanating from every cell in your being.

I want YOUR greatness.

I’m not scared of YOUR flaws.

I live for YOUR light.

I am turned on my YOUR talent.

I want to get you in my hot little hands and put you front and center, where you belong, so that your gifts can influence others.

That’s what I want.

And I won’t settle for anything less.

If you are ready to stop waiting for permission to be, do and HAVE what it is you really want, then by all means, come over HERE.

The doors to Magical Manifesters close on Sunday, Sept. 22nd at Midnight.

And I don’t want you to be waiting behind closed doors.

I want you on the inside.

Close to other rebel rousers.

Close to the MAGIC.

Hey Gorgeous, You'll Love these too!